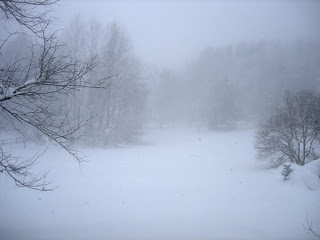 It seems like it's been snowing for weeks. Of course we lost electricity during the first storm, last Saturday morning... the power didn't return for 55 hours, most of which were spent in my basement. So--- not a lot of painting is getting done. We're in the midst of a near-whiteout again now, with the second storm depositing on top of the bird feeding area I've marked out faster than I can replenish the seed. I hope to post some photos in a little while, providing the power doesn't go out again.
at February 10, 2010 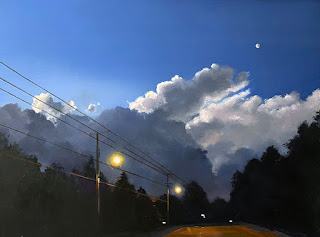