Last night, while looking at a photo of L. Hones, I realized the bus stop sign on the left might not need to be in the image, so I took it out in Photoshop. I liked the results so much that today, in the studio, I painted it out. Now the distraction of that design element is gone, and the scene is much more focused. 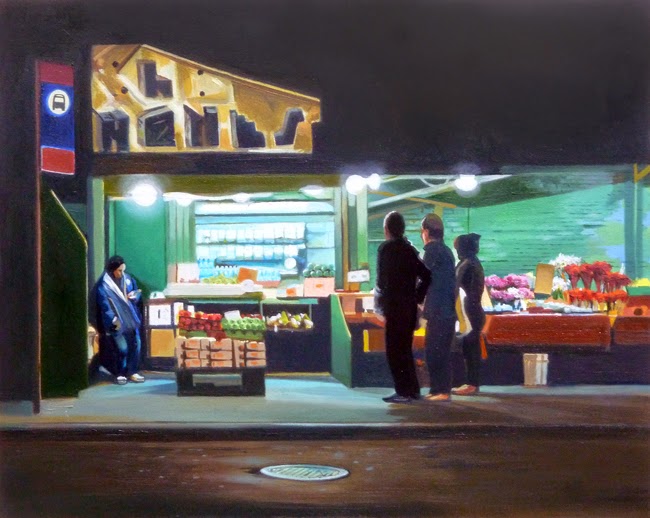 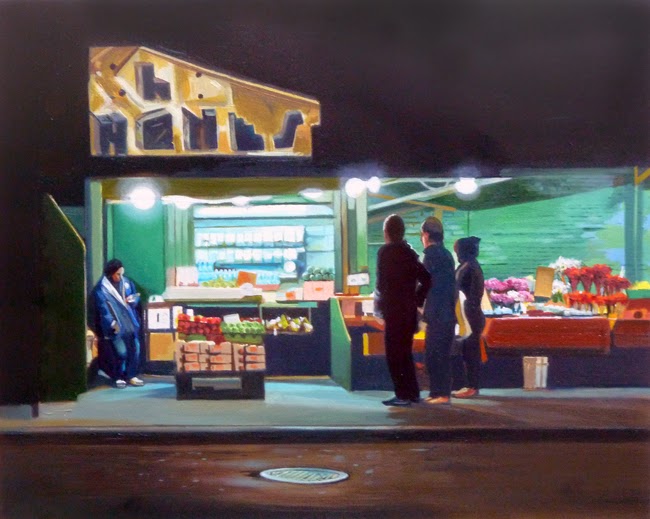 After: L. Hones, © 2015
In addition, I've been experimenting with a tube of Gamblin's Chromatic Black, which has the necessary  depth for the background. It's dark and luscious.

Other work today included picking up again on Yellow Telephones, after a year of ignoring it. Worked mostly on the phone and assembly at right. 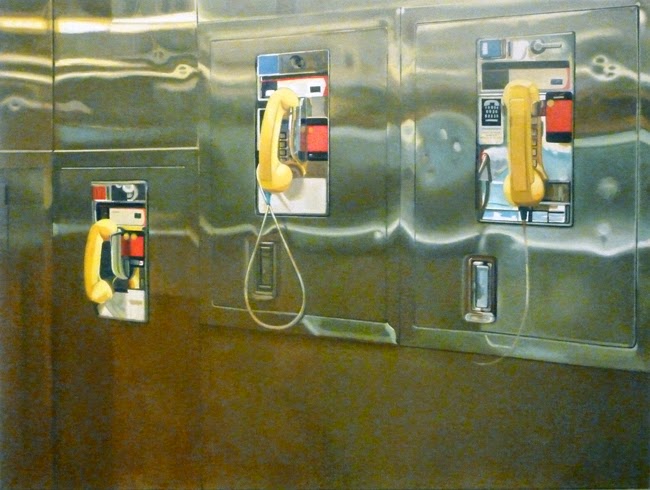 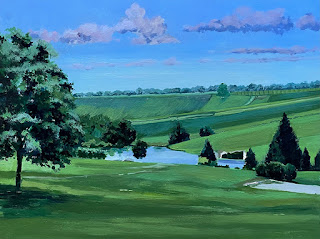