Not a good day. Still: some work to share. 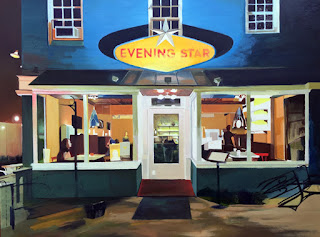 That back wall looks better now that it's painted in. Once the wall on the right hand side under the shelves is done, the painting will really start to pull together. The wall under the shelves is a lemony yellow with olive green shading; the yellow is from whatever kind of lighting they're using there and it really adds character to the interior. 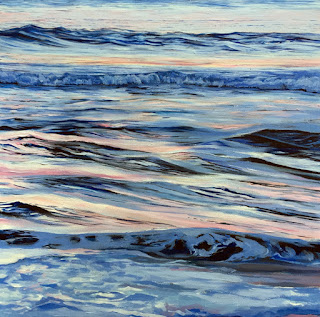 I spent most of the morning session on the second dark band from the top, where the water breaks. I can't seem to get it right. 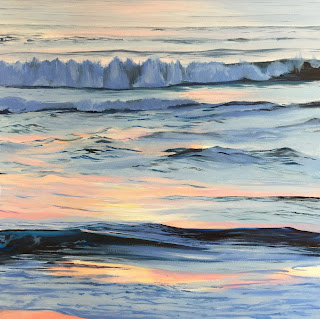 Same problem here: the breaking waves do have that pointed, triangular shape, but they don't look real yet. I'm trying to pay attention to the color and form and value, but so far— a disappointment. 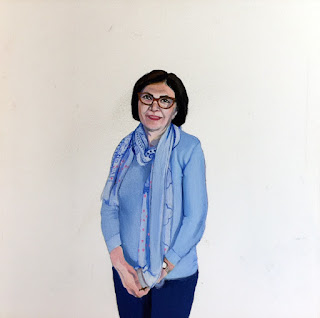 Moved on to this one next, since I was working with a blue palette on the ocean pieces. I took out the distracting and poorly drawn ribbing on the sweater.

Tomorrow is another day.