This Was Boring, So I Changed It

Starting the week off with sunlight and yellow/orange. It's been raining or cloudy for the last couple of days.

My original intention with this image was to memorialize the two bouquets that friends brought to one of my show receptions. I guess irises were in season then; it must have been a spring show. Anyway, after I stopped working on it, I realized it was because it had no magic whatsoever. So I bought some snapdragons and sunflowers and brought in some daffodils from the garden, and photographed them in the same vase. Now I'm filling in some blank areas, and the color is just what the image needed. 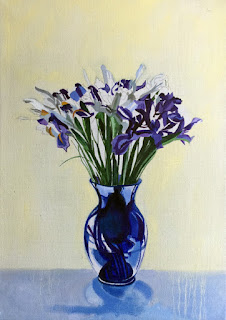 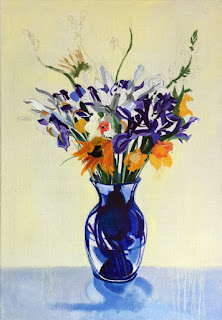