The word "quandary" always amuses me; when I was a kid I discovered the humorous writings of Robert Benchley, one of whose books was called "My Ten Years In A Quandary."

The area adjacent to the face in this painting is just not working. Previously, it was a flat grey, and it was hard to see where the nose was because the values were so similar. So I tried light colored leaves, thinking they'd be separate enough, but they're not. I'll have to try a different approach. 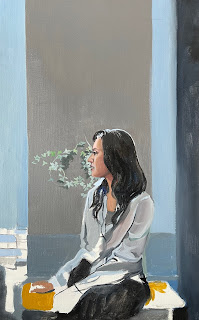 This One Is Begging To Be Painted 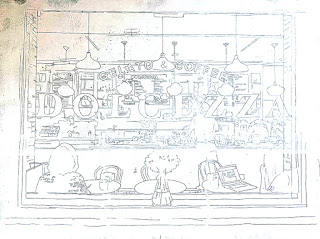