A Night At The Women's Museum

So, last night, three of us drove into DC for a special event at the National Museum Of Women In The Arts. It was called, "Now B Here #4," a photo of about 600 women artists from the DMV area (also known as DC/MD/VA). It was exciting to see so many women artists, and I ran into a couple of people I haven't seen for a long time. The group photo was taken in the main open area of the museum, and we were all packed in, as they say, like sardines for about a half hour while the picture taking process was worked through. 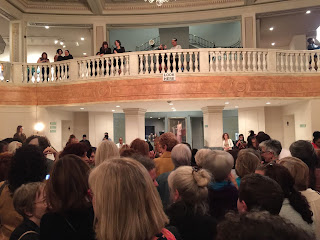 The photos I took of the attendees in no way show the enormity of the crowd. 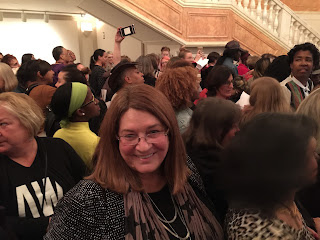 This is my friend Sharon. 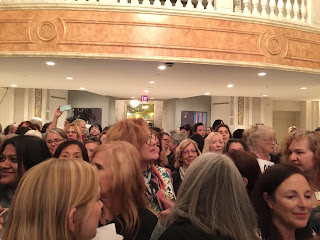 Just a fraction of the crowd standing behind me. 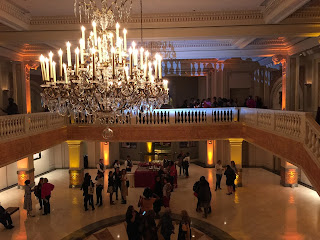 After the main event, from the mezzanine; people had begun to leave by now. I just thought this was a pretty shot; lucked out with the blue flash coming from someone's camera at the time my image was taken.

All in all, it felt like a significant historical event, much like the Women's March in January. It feels like there's a cultural shift starting, what with the Harvey Weinstein/Bill Cosby/ Donald Trump exposures of sexual harassment. Women are starting to feel empowered in a way we never have before.